It is often said that the “father” of our church is Mr. Elias Betzios. This title was bestowed upon him because of the following circumstances:

Mr. Betzios was a longtime board member of the neighboring St. Demetrios Church of Astoria. When he relocated his family to the Whitestone area, the distance was too far to worship at St. Demetrios. It had been his lifelong-dream to establish a new church some day. In his conversations with Archbishop Iakovos, he was encouraged to pursue this dream and establish a new parish in the Whitestone area.

This goal was furthered along by a letter sent to the Archdiocese by Argiro Mari pleading that a new church be established in the Whitestone area. Archbishop Iakovos at this point gave Mr. Betzios his blessing to proceed with a new parish.

With the help of his real estate broker and friend, Theodore Theodorou, they launched a long search for a suitable structure. For approximately two years the search continued until they finally came upon the existing Epworth Methodist Church of Whitestone. The asking price for the structure was $130,000. At first, the small Methodist congregation did not want to sell their building but they were in financial distress and they were finally persuaded by their legal council, Mr. Kravor, to accept a deal. In June 1975, Mr. Betzios initially offered $10,000 deposit to hold the building. The Methodist’s counteroffer was for $20,000 deposit with an option to buy the building for $130,000. This was a large sum of money. Finally, an agreement was reached to lease the building for $650 per month with the option to buy it in five years. The Methodists returned the $10,000 initial deposit which Mr. Betzios in turn deposited in a new church treasury account. Upon signing the agreement, Mr. Betzios formed a religious corporation (October 24, 1975) to represent the new church. The group consisted of Elias Betzios, Nicoletta Chrysschoos, Fotios Galitsis, Christopher Raptis, Theodore Theodore.

On September 14, 1975 (the Holy Day of The Elevation Of The Precious Cross) during a name day celebration for Mr. Betzios’ son Stavro, the door bell rang and Mr. Kravor, the attorney representing the Epworth Methodist Church, presented Mr. Betzios with the key to the church’s front door. The name day festivities were interrupted as Mr. Betzios along with his two sons, his wife, mother and grandmother drove the short distance to the “new” church. Their first offering was a simple icon and a candle. Since it was the Holy Day of The Elevation Of The Precious Cross, Mr. Betzios thought it was only fitting to name the new parish Holy Cross of Whitestone. The name was acquired because of the day, not after his son as some may think.

The acquired structure had a simple table and no altar. Mr. Betzios contacted all his friends and all the trade people he knew informing them of the new parish and asking for their assistance. Most of the alterations to the church interior were done by the Parish Council and their spouses. They broke open a wall, created an Agia Trapeza painted and cleaned the acquired structure. Mr. Betzios also assigned work to an iconographer who created the first icons for the newly acquired parish. He asked all his friends to contribute by buying one as a donation. He even went as far as to carve the wood cross for the altar by himself by tracing it from a cross he borrowed from another parish. Mr. John Delagrammaticas remembers being the first to donate $1,000 to buy the first bible. Inevitably, the funds were allocated to buy 2×4’s for construction repairs which were more fundamental. 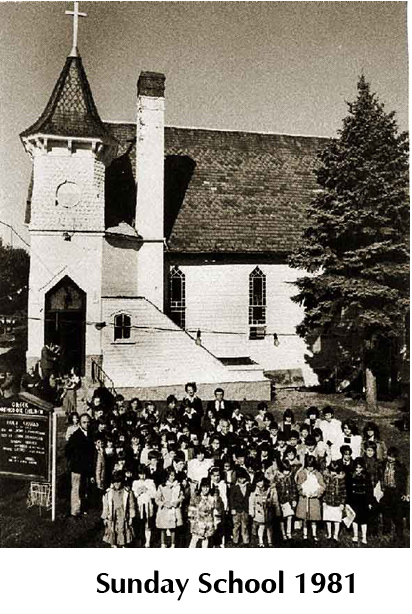 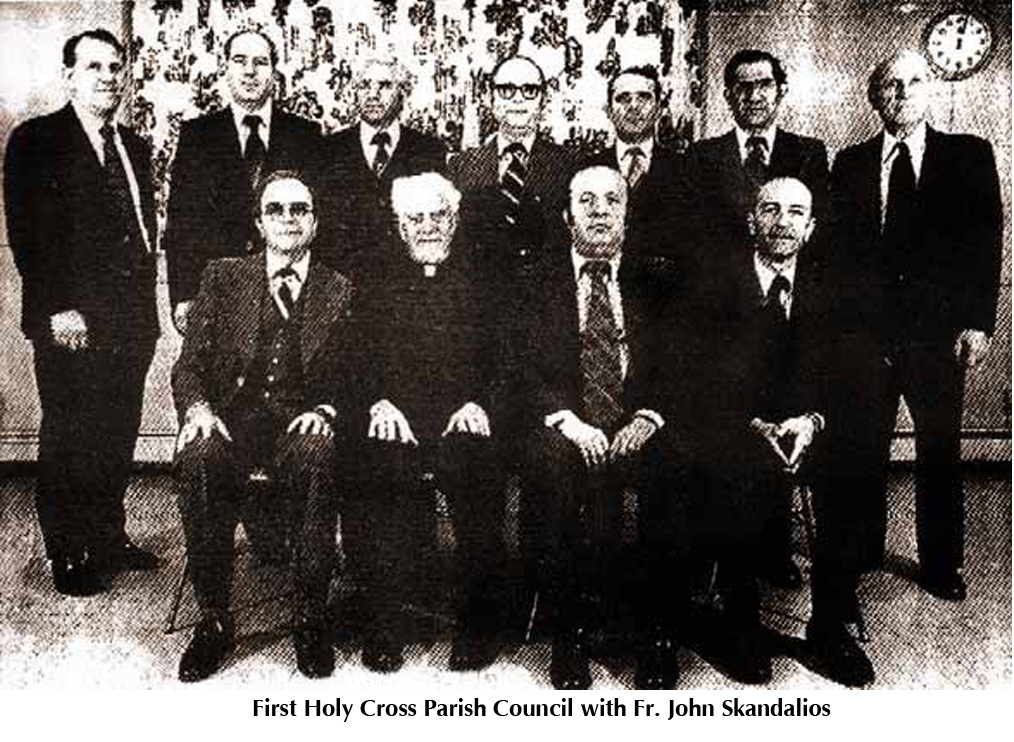 On Christmas Day, December 25, 1975 the doors of Holy Cross Greek Orthodox Church of Whitestone were opened for mass for the first time. The first liturgy was conducted by Father John Skandalios who was hired on a temporary basis. Fundraising was begun immediately with family-style get-togethers. One year passed before the Holy Cross Church was officially recognized by the Archdiocese. Slowly as the news reached families of the Whitestone area, the community began to grow and prosper. By the second year, three children had been enrolled in the Greek Afternoon School program under the direction of Ms. Moschokarfis.

The rest is history.

The first election was held with a membership of only 37. They voted into office the first organizing Board of Trustees which included the following members:

The Board of Directors included:

Our forefathers were honored during the November, 2000 – 25th Anniversary Dinner Dance at Terrace on the Park.

You have our word—and more

Change the world with us